After a $5.25B expansion, ships are scraping by Panama Canal’s malfunctioning lock doors

COCOLI, Panama — Loaded with more than 6,000 cargo containers, the ship Ever Living prepared for the final leg of its journey through the newly expanded Panama Canal when things hit a snag: The last of the massive steel lock doors failed to open all the way. The pilots controlling the ship and the captains of the tugboats tethered to huge vessel opted to continue guiding it through the narrowed passageway, passing nerve-wrackingly close to the side of the locks to avoid runni

Drones are flying over construction jobsites. The value and usage is beginning to be discovered among many contractors. In fact, a recent report by Research and Markets states that global demand for drones in real estate and construction industry will reach a cumulative market value of $20.5 billion and a total shipment of more than 6.3 million units for a period between 2017-2025, including sales of UAV (unmanned aerial vehicle) hardware, software and service spending. This

Pedestrian distractions, notably from smart phones and other portable devices, continue to contribute to traffic and roadway incidents. There is, however, one small town in the Netherlands that is trying a unique approach to calling attention to the need for keeping one’s eyes on the road. Launched this week, a pilot project that employs the "Light-line" system aims to pull pedestrian attention away from the screen. The system uses LED light strips embedded into a road crossi

The developers behind the plan to connect Dallas and Houston via high-speed rail fired back Friday against conclusions in a study that warned the project may run massive deficits. Texas Central Partners plans to construct a 240-mile Houston-to-Dallas rail line funded by private investors. The company has repeatedly said that it won’t seek public funding, but the Reason Foundation said in a report this month that the train line could cost taxpayers $21.5 billion and could run

The Real Story of the Expanded Canal

In January of this year, the Expanded Canal contributed to a record 36.1 million Panama Canal tons transiting the new and original locks. This number may seem remarkable, but perhaps what’s even more so is how far back one must only look to find the last time the monthly record was set: December 2016. Just seven months in, this month-on-month achievement speaks not only to the industry’s growing adoption of our enhanced route, but to their continued faith in the Canal’s abili 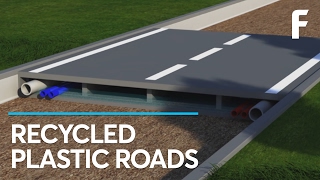 The FAA has spent $7.5 billion in congressionally appropriated funds on the air traffic modernization program known as NextGen over the past seven years. That investment has resulted in $2.7 billion in benefits to passengers and the airlines to date, and is expected to yield more than $160 billion in benefits through 2030. NextGen is one of the most ambitious infrastructure and modernization projects in U.S. history. Its successful, ongoing rollout is the result of rigorous a

The Panama Canal set a new monthly tonnage record in January 2017 with 36.1 million Panama Canal tons (PC/UMS) and 1,260 ships transiting through both the Expanded and original locks. The previous record was established the month prior, in December 2016, when 1,166 ships transited the waterway for a total of 35.4 million PC/UMS. Prior to the inauguration of the Expanded Canal on June 26, 2016, the monthly tonnage record was 30.4 million PC/UMS, which was set in October 2014.
1
2