China's high-speed railway (HSR) has registered rapid growth and offered many viable practices for other countries considering HSR investment, according to a World Bank report released Monday. Key factors enabling the growth include the development of a comprehensive long-term plan and the standardization of designs and procedures, said the report, which summarizes China's HSR development. China's Medium- and Long-Term Railway Plan, which looks up to 15 years ahead, pro

Why The Port of Savannah Has Been Smashing Trade, Revenue Records

President Trump said he would pause tariff escalations with China after meeting with that country’s president, Xi Jinping, at the G20 Summit. One Georgia industry tracking the ongoing talks is shipping. The Trump administration had threatened a 25% tariff on ship-to-shore cranes that come from China. The Georgia Ports Authority is ordering six new ones at a total cost of $70 million. Its executive director and Georgia’s U.S. senators are asking the White House to rethink taxi

June ended with the country’s top transportation officer emphasizing that a multiyear highway policy directive from Washington is more beneficial to state agencies than a series of short-term extensions of federal guidelines. Secretary Elaine Chao drilled down on this point, admittedly obvious to stakeholders, during an in-depth conversation with Hugo Gurdon, editor of The Washington Examiner, on June 26. “The general pattern is in fact to just have extensions, not full reaut

Texas Second and Growing, But Not All of its 254 Counties: Finding from the 2018 Population Estimate

After prayer and pledges, the Leon County Commissioners Court went into a brief executive session that resulted in a motion in open court to accept payments in lieu of taxes from the city of Garland for the cross Texas power transmission lines. The payments will be in the range of one hundred thousand dollars a year. A following motion allowed David Grimes to move an existing employee into a position vacated by a retiree. Kyle Workman from the Texans against high speed rail a

Drug-abusing trucker jailed for 18.5 years after savagely beating his boss to death

Truck driver Patrick Allen Boon has been convicted and sentenced to a total of 18.5 years in jail for using a hammer and a wrench to “savagely” murder his boss. Boon pleaded guilty and was handed a split-sentence for the murder of Fred Tuffs. He must first serve a non-parole period of 13 years and 10 months. The parolable balance of his term is four years and eight months. Judge Hulme described the beating that led to Tuffs’ death as an attack of “savagery and ferocity.” Refe

From Duluth’s ‘can of worms’ and beyond, lots of Minnesota road projects are hanging on federal infr

When they first opened up the can of worms, it had a planned shelf life of 50 years. But the place where the I-35 and U.S. 53 merge in Duluth, an interchange colloquially known as the “can of worms,” is in need of major improvements. Built in the 1960s and ’70s, the interchange serves, on average, 80,000 vehicles per day. 5,300 of them are heavy commercial vehicles like trailers, trucks, and busses. It’s also a critical access point to the port of Duluth, one of the major por 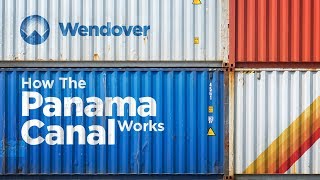 VIDEO: The New Panama Canal – How It Works

Our favorite documentary YouTube channel, Wendover Productions, has a new video on how the New Panama Canal works. Check it out above. https://gcaptain.com/new-panama-canal-how-it-works/?utm_source=feedburner&utm_medium=feed&utm_campaign=Feed%3A+Gcaptain+%28gCaptain.com%29&goal=0_f50174ef03-cf26f8e031-169894249&mc_cid=cf26f8e031&mc_eid=e9ac6faad4

SUMMARY: This notice announces that FHWA has received and reviewed a renewal package from the Texas Department of Transportation (TxDOT) requesting participation in the Surface Transportation Project Delivery Program (Program). This Program allows for FHWA to assign, and States to assume, responsibilities under the National Environmental Policy Act (NEPA), and all or part of FHWA's responsibilities for environmental review, consultation, or other actions required under any Fe
12
3
45